What does “Star Trek” have to do with #Kubernetes? The creators reveal the origins of the popular platform for container orchestration. 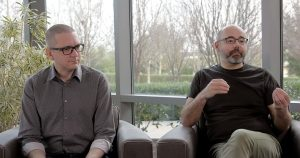 What Is Kubernetes? 7 Fast Facts from the Founders

What is Kubernetes? According to the project site: In practical terms, “organizations have a lot of computers and a lot of things they want to run on those computers. It’s like playing a game of Tetris, figuring out which things to run on which computers,” says Joe Beda, principal engineer at VMware. “Kubernetes is this […] The post What Is Kubernetes? 7 Fast Facts from the Founders appeared first on VMware Radius.